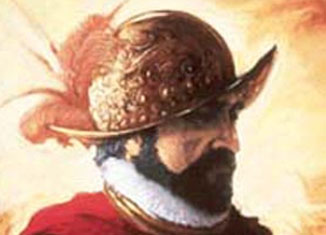 Towards the end of 1581,Luis de Carabajal y de la Cueva (c. 1537–13 February 1591) , governor of the Spanish province of Nuevo León in present-day Mexico, an alleged slave trader, and the first Spanish subject known to have entered Texas from Mexico across the lower Rio Grande started to settle the lesser-known parts of his territory, founding, as required by his capitulación with the king, several villages. On 10 December 1581, he founded Villa de la Cueva de León, no longer in existence ! There were at least three members of the Carvajal family in St. Augustine during this era, Pedro, Cristobal and Antonio Martinez Carvajal.

While University of Colorado Professor Roger L. Martinez assures us that after 1410, all the members of the Carvajal family were New Christians and thus descendants of Jews, the St. Augustine Jewish Historical Society continues its research to establish a link between the Carvajal family of Nuevo Leon/Mexico/New Spain and the Carvajals who lived and worked here in St. Augustine, Florida.