Joseph Seligman and the Question of Jews in Hotels such as St. Augustine’s Ponce de Leon Hotel 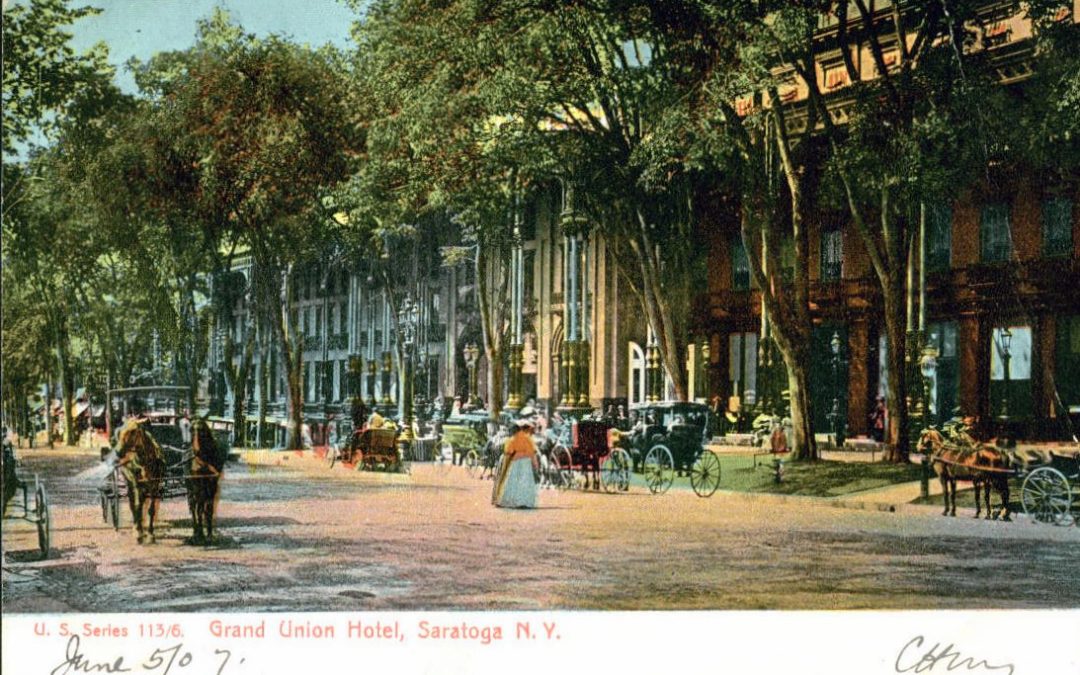 On this day, June 13, 1877: Joseph Seligman, the famous New York financier arrived at the Grand Union Hotel in Saratoga Springs, NY, as he had every summer for the past ten years. When he asked for his rooms the manager told Seligman that “he was required to inform him that” Judge Henry Hilton, the owner of the hotel, “has given instruction that no Israelites shall be permitted in future to stop at this hotel.”

For those who study the Jewish History of St. Augustine, Florida, this raises the question of Jews being permitted to stay overnight at Henry Flagler’s Ponce de Leon Hotel.  While records indicate that many Jews were present for events, balls, celebrations, etc. at the hotel, no record has been discovered that a Jew actually “checked-in” and stayed overnight at the Ponce de Leon Hotel among other Flagler Hotels. 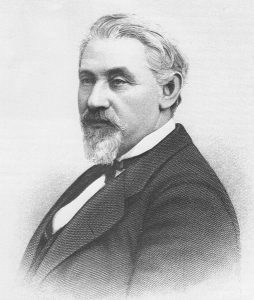 Joseph Seligman (November 22, 1819 – April 25, 1880) was an American banker and businessman who founded J. & W. Seligman & Co. He was the patriarch of what became known as the Seligman family in USA and was subsequently related to the wealthy Guggenheim family through Peggy Guggenheim’s mother Florette

After overcoming his astonishment Mr. Seligman asked, “Do you mean to tell me that you will not entertain Jewish people?” The manager replied, “That is our orders, Sir.”  Seligman wanted to know the reason for this asking, “Are they dirty, do they misbehave themselves, or have they refused to pay their bills.”  The manger replied that these were not the reason.  “The reason is simply this.” Business at the hotel was not good last season and we have a large number of Jews here.  Mr. Hilton came to the conclusion that Christians did not like their company, and for that reason shunned the hotel.  He resolved to run the Union on a different principle this season and gave us instruction to admit no Jew.” The manager expressed his personal regret at this turn of events since Mr. Seligman had been coming there for years, but he had to obey orders. An angry Mr. Seligman returned to New York where he wrote a “bitter and sarcastic letter to Hilton” and then informed his friends as to what had happened. [Editor’s Note – the treatment of Mr. Seligman would touch off a minor cause célèbre. It would also mark the “official start” of a period of increasing anti-Semitism in the United States that would include the public banning of Jews from a variety of Christian only hotels, neighborhoods, country clubs and other such institutions as well as the banning of Jews from certain professions & occupations and the creation of quota system, the most invidious of which was the one having to do with admittance to institutions of higher learning.]

Joseph Seligman (November 22, 1819 – April 25, 1880) was an American banker and businessman who founded J. & W. Seligman & Co. He was the patriarch of what became known as the Seligman family in USA and was subsequently related to the wealthy Guggenheim family through Peggy Guggenheim’s mother Florette.

During the 1870s, several incidents made Alexander Stewart hostile towards Seligman, although the two men had served together on the board of the New York Railways Company, whose president was Judge Henry Hilton, a Tweed Ring associate.

The first incident involved Seligman’s declining the post of Secretary of the Treasury. Stewart, who was a friend of President Grant, was then offered the post. However, because he was associated with Henry Hilton, and Hilton with Tammany Hall, the Senate declined to confirm him.

Seligman was invited to serve in the Committee of Seventy, a group of New Yorkers who banded together to fight the Tweed Ring. Stewart’s company, in retaliation, stopped doing business with Seligman.

Stewart died in 1876, having placed Hilton in charge of his estate, the largest American fortune recorded to that date. The estate included a two-million-dollar stake in the Grand Union Hotel in Saratoga, as well as A. T. Stewart’s department store on Astor Place. Hilton himself was unhappy with Seligman, as he was annoyed that Seligman had not invited him to a dinner given for Grant after he became president.

After helping refinance the war debt in Washington, Seligman decided to vacation with his family at the 834-room Grand Union Hotel in Saratoga, where he had stayed before. Saratoga at the time was a well-regarded resort area for wealthy New Yorkers, and the Grand Union Hotel itself was the best available.

Nevertheless, by 1877 the hotel had suffered a drop in business. Stewart and, after his death, his manager Hilton believed that the cause of the decline was the presence of “Israelites” (that is, Jews) at the hotel; Christians, their theory went, did not wish to stay at a hotel that admitted Jews. Seligman was told he could not stay at the hotel.

Historians disagree as to whether the Seligman family were physically turned away from the hotel, told not to come to the hotel, or advised that they could stay only one final time. However, it is clear that the Seligmans were made to feel that their presence at the hotel was not desired and would not be tolerated long, if at all.

Aftermath
The incident created much controversy. The New York Times, on June 19, 1877, ran a headline set entirely in capital letters:

A SENSATION AT SARATOGA.
_____
NEW RULES FOR THE GRAND UNION.
NO JEWS TO BE ADMITTED–MR. SELIGMAN,
THE BANKER, AND HIS FAMILY SENT AWAY–
HIS LETTER TO MR. HILTON–
GATHERING OF MR. SELIGMAN’S FRIENDS
AN INDIGNATION MEETING TO BE HELD.
A month later, the New York Times disclosed a letter in which Judge Hilton told a friend, “As [yet] the law … permits a man to use his property as he pleases, and I propose exercising that blessed privilege, notwithstanding Moses and all his descendants object.”

The case became a national sensation. Seligman and Hilton both received death threats. A group of Seligman’s friends started a boycott against A. T. Stewart’s, eventually causing the business to fail; a sale to John Wanamaker followed. This prompted Hilton to pledge a thousand dollars to Jewish charities, a gesture mocked by the satirical magazine Puck.

Hilton was also castigated by Henry Ward Beecher (who knew Seligman) in a sermon entitled “Gentile and Jew”. After praising Seligman’s character, Beecher said, “When I heard of the unnecessary offense that has been cast upon Mr. Seligman, I felt no other person could have been singled out that would have brought home to me the injustice more sensibly than he.”

Whether or not Seligman meant to be turned away from the hotel to cast a light on growing antisemitism in America, the resulting publicity emboldened other hoteliers to exclude Jews, placing advertisements saying “Hebrews need not apply” and “Hebrews will knock vainly for admission”