May 7, 1355 Twelve hundred Jews of Toledo Spain were killed by Count Henry of Trastamara. 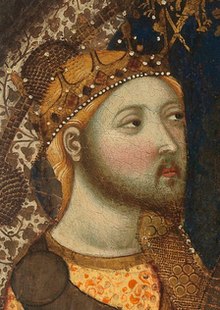 On this day, May 7,1355: Twelve hundred Jews of Toledo Spain were killed by Count Henry of Trastamara.  The Jews were caught between the opposing forces in a fight between King Peter and Count Henry, his half-brother who sought the throne for himself.  The events surrounding this dynastic quarrel marked the beginning of the decline of the Jewish community in Spain.

Henry was as hostile to the Jews as his brother Peter had been friendly. In order to pay Bertrand du Guesclin’s mercenaries, he imposed a war contribution of twenty thousand gold doubloons on the already heavily oppressed community of Toledo, and issued an order to take all the Jews of Toledo as prisoners, to give them neither food nor drink, and if they still refused to raise this enormous sum, to sell their property, both movable and immovable, at auction. Nonetheless, he was compelled, owing to his financial straits, to have recourse to Jewish financiers. He made Don Joseph Pichon his chief tax-collector (“contador major”), and appointed several Jews farmers of the taxes.

The demands of the Cortes in Toro (1369) and in Burgos (1374 and 1377) against the Jews harmonized perfectly with Henry’s inclinations. He ordered the Jews to wear the humiliating badge, and forbade them to use Christian names. He further ordered that for short loans Christian debtors should repay only two-thirds of the principal. Shortly before his death Henry declared that Jews should no longer be permitted to hold public office.

Henry was potentially the first ruler since the Visigothic King Ergica to implement anti-Jewish policies in the Iberian Peninsula.

Statue of Henry II at the Royal Palace of Madrid. 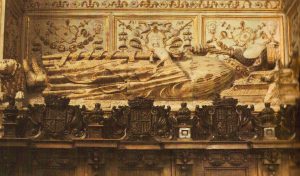 After Henry’s death, his body was transported to Burgos, then to Valladolid, then finally to Toledo where he was buried in Capilla de los Reyes Nuevos de Toledo