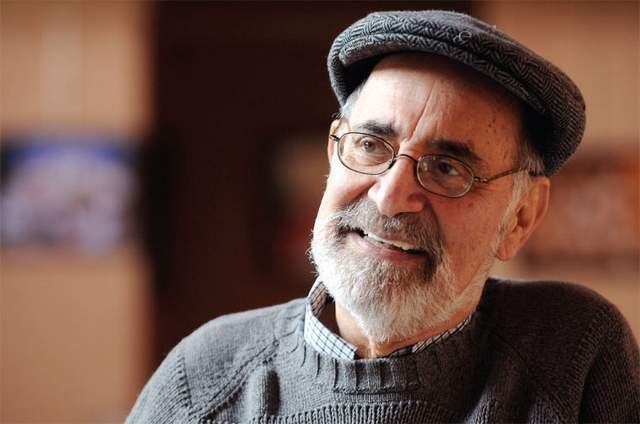 Rabbi Allen Secher was one of the 16 Rabbis arrested here in St. Augustine, Florida on June 18, 1964.  The Rabbis came to St. Augustine at the request of Reverend Dr. Martin Luther King, Jr. to help desegregate the American’s oldest European city and to help keep the struggle for civil rights on the front pages of America’s largest and most influential newspapers as the filibuster against the Civil Rights Act of 1964 continued in the U.S. Senate.

Rabbi Allen Secher (born February 14, 1935) is a rabbi, civil and human rights activist, radio host, television producer, actor, author and public speaker.
Early life
Allen was born in Pittsburgh, Pennsylvania. His father was Jack Secher and his mother was Eleanor Steiner. He has one sister, Linda and three children, Judith, Debra and Adam. Allen grew up in Pittsburgh and Butler, Pennsylvania.

Rabbi Allen served congregations in New York City, Mexico City, Los Angeles, Chicago and Montana between 1962 and 2013. In the 1960s, Allen pioneered the use of multi-media worship services at Temple Ahavat Shalom in Los Angeles.

After leaving his congregation in Los Angeles and before moving to Chicago, Allen started, ran and then closed an audio recording business for conferences and meetings. The business was first named Aviva and then renamed Butterfly Media Dimensions. The name Butterfly was in honor of “I Never Saw Another Butterfly”, a collection of Jewish children’s art and poetry from the Theresienstadt concentration camp.

Allen moved to Whitefish, Montana in 2000. In 2008, there were only about 1,000 self-identified Jews in Montana, a state with a population of about 900,000. For many years Allen was the only resident rabbi in Montana. He traveled between congregations in Whitefish, Missoula, Helena, Bozeman, Billings and Great Falls and was known as the “Lone Rabbi of Montana”. Allen retired from congregational life in 2013.

Civil and human rights activist
In the early 1960s, Allen was one of the Freedom Riders during the civil rights movement.

In August 1962 Dr. King put out a call to clergy to join him on a prayer pilgrimage to Albany, Georgia to support the civil rights movement. Dr. King had three requirements to participate—each person needed to have bail money, they could not have anything on their arrest record that would embarrass the civil rights movement and they all had to be committed to non-violence. Allen traveled to Albany and was part of a group of clergy that held a prayer service on August 28, 1962 in front of the Albany city hall. Four hundred onlookers watched as all 75 clergy were arrested and taken to 4 surrounding jails.

Dr. King wrote a “Letter from the St. Augustine Jail” to Rabbi Israel S. Dresner, urging him to recruit rabbis from a Central Conference of American Rabbis conference to come to St. Augustine, Florida and take part in the demonstrations being held in St. Augustine. Allen responded to the appeal and traveled to St. Augustine to participate in the demonstrations. Sixteen rabbis including Allen arrived and attempted to integrate the whites-only pool and restaurant with a group of civil rights organizers at the Monson Motor Lodge on June 18, 1964. The protesters and rabbis were arrested.

While in a segregated holding cell at St. John’s County Jail, the clergy wrote a group letter titled “Why We Went: A Joint Letter from the Rabbis Arrested in St. Augustine”. The day after the demonstration Congress passed the Civil Rights Act of 1964 on June 19, 1964, after an 83-day filibuster.

In 2008 Allen, along with his wife Ina Alpert and two others co-founded Love Lives Here in Whitefish, a non-profit organization dedicated to diversity and equal treatment for all citizens, in response to some white nationalist film showings. Love Lives Here worked with other Whitefish community members to try and get the Whitefish City Council to enact diversity, tolerance and anti-discrimination legislation. In 2015 the Whitefish City Council approved an anti-discrimination ordinance.

In 2015, Richard B. Spencer, a spokesman for the “alt-right”, lives part of the year in Whitefish. Richard and his mother Sherry Spencer own property in downtown Whitefish. Sherry claimed that a local Jewish realtor attempted to force her to sell her property because Richard was her son.

On December 16, 2016 the website The Daily Stormer asked its readers to unleash “an old fashioned Troll Storm” on Montana’s Jews and provided contact details for five Whitefish residents, including Allen, his wife, two others and a local child. The post also included photographs of some of those residents, superimposed with a yellow Star of David bearing the word “Jude,” the German word for Jew.

The events in Whitefish became part of a larger national dialogue about the alt-right, White nationalism and anti-semitism.

Radio and film
From 1967 to 1997, “Allen A” could be heard weekly on more than 450 Armed Forces Radio stations around the world. His internationally syndicated show, “East of Eden”, featured interviews, poetry, music, and perspectives on a wide variety of subjects. “East of Eden” was rated No. 1 in its category, and had a weekly audience of millions of listeners. Some guests included Ray Bradbury, Dalton Trumbo, Maya Angelou, John Cassavetes, Elie Weisel and Rod McKuen. At one point in time it was the longest running show on the Armed Forces Radio Network.

In 2002 Allen hosted a radio show called “Nice and Easy” featuring Frank Sinatra on KOFI, a local station in Kalispell. In September 2007, Allen hosted a new show called “You Must Remember This” on Montana Public Radio. The show is a monthly hour-long program, that features performers, compositions, and composers of the Great American Songbook, music from the 1930s–1950s.

A longtime voice actor, Allen is the voice of “The Dude Abides” audio book.

In the early 1970s, Allen served as a consultant for the CBS television sitcom Bridget Loves Bernie, depicting an interfaith marriage between a Jewish man and an Irish Catholic woman (played by the actors David Birney and Meredith Baxter, who married in real life after the show ended in 1973).

Allen served as director of communications for the Jewish Federation of Chicago between 1980 and 1990 where he produced religious and ecumenical programming and independently produced television documentaries, receiving seven Emmy Awards for television production and direction. His Emmy Awards are:

Since 2007, Allen has produced the annual Martin Luther King Jr. program for Northwest Montana in conjunction with Love Lives Here.

Allen also is a former board member of the Whitefish Theatre Company, where most recently he played the title role of Brandeis University professor Morrie Schwartz in a production of “Tuesdays with Morrie”.

He also lectured throughout the United States on “The Historic Image of the Jew in Film” and taught the psychology of film for several years at the University of California, Los Angeles.

Allen Secher was one of the rabbis featured in the documentary film The Rabbi Goes West, about a Chabad house rabbi in Montana.

Interfaith
For 55 years, beginning with his first wedding on the day he was ordained, Rabbi Secher has officiated and co-officiated more than 2,000 weddings and other interfaith life cycle ceremonies. Dedicated to providing information and support to interfaith couples (both Christian and Jewish), he was a founder and longtime advisor to The Dovetail Institute, which at one time was the largest network for interfaith family resources in the nation.,

In 1991, Allen and Father John Cusick (of the Roman Catholic Archdiocese of Chicago) co-founded and served as advisors to The Jewish/Catholic Dialogue Group of Chicago, which provided support to interfaith couples who wished to explore a path in their interfaith marriage that permitted individual faith commitments without diminishing each partner’s religious identification.[52] In 1996, the organization also founded the Chicago Interfaith Family School, where Allen continues to serve as an advisor. Its mission includes supporting, educating, and offering general information to Jews and Catholics seeking to better understand one another.

Allen has spoken and written about interfaith issues.

Allen currently lives with his wife in Whitefish, Montana.