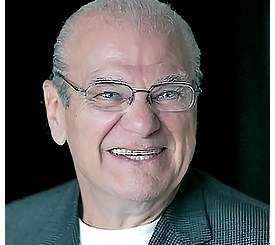 The letter written by the 16 Rabbis arrested in St. Augustine on June 18, 1964?  It’s now available on YouTube at https://youtu.be/W4pJarpjeuQ

There you will find it being read by actor and playwright Lee Weaver!

The letter was written, the Rabbis explain, “shortly after our confinement in the St. John’s County Jail, we shared with one another our real, inner motives. They are, as might be expected, mixed. We have tried to be honest with one another about the wrong, as well as the right, motives which have prompted us. These hours have been filled with a sense of surprise and discovery, of fear and affirmation, of self-doubt and belief in God.”

Lee Weaver is an accomplished singer and actor who has appeared onstage as Don Quixote in Limelight Theatre’s production of ‘Man of La Mancha’ as well as a standup comedian.

After moving to St. Augustine in 2001, Lee  began sharing their own brand of entertainment to audiences at the Limelight Theatre and The Corazon Cinema and Cafe among other local venues. Written by Lee and edited by his wife Nanette, their Special OPS (One Person Shows) include their six-play ‘Redemption Series’ designed to promote social, moral, and political awareness by presenting their audiences with the most pressing issues of our time, such as climate change, civil rights, and gun violence in America. The plays feature historically accurate events with fictitious main characters. “We feel it is our moral and social responsibility to shine light on these critical issues,” says Nanette.

When they are not writing and performing at home, the Weavers bring their performances to various US cities. “We don’t have much of a home life but we have a great car life,” jokes Lee. Throughout the series, Lee is always center stage while Nanette interviews his characters and presents powerpoints from behind the scenes, making special appearances in select performances. In today’s increasingly complex social climate, the Weavers’ lifelong passions are a welcome addition to the St. Augustine arts community.