Remembering the Seizure of the Synagogue of Plasencia, May 21, 1492 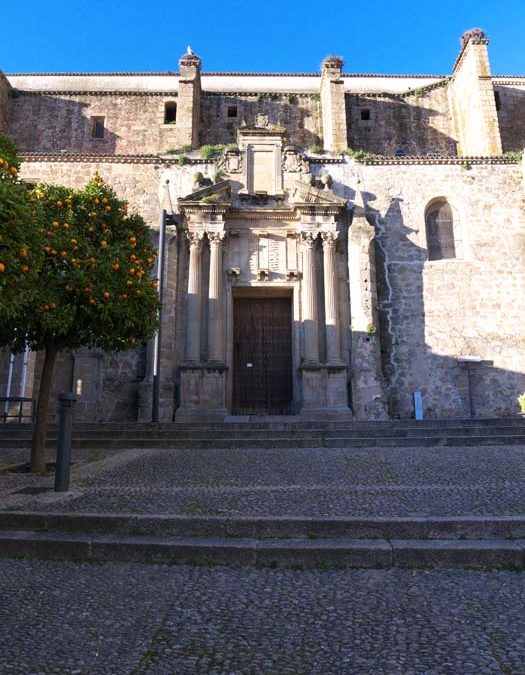 On this day, 529 years ago, that is, on May 21, 1492, the the new synagogue of Plasencia was shuttered and became royal property; on May 21, the Jewish community sold the Jewish cemetery, and in particular its headstones, to Diego de Jerez, then dean of the Cathedral of Plasencia, for 400 reales.

The end of the Jewish quarter of La Mota de Plasencia occurred in 1477 when the synagogue, the Jewish and Christian houses, as well as part of the isolation enclosure, was confiscated by the counts of Plasencia to expand outbuildings of his palace (today the Palace of Mirabel) and of the St. Vincent Ferrer Convent (today the National State Tourist Hotel). Headstones were used to construct the convent which were from the Jewish cemetery of Berrocal. The consequence of the confiscation of the Jewish quarter of La Mota, along with a new Jewish segregation decreed by the Courts of Toledo in 1480, is the construction of a second synagogue and Jewish quarter on Trujillo street. The new synagogue was built on the current Ansano square and operated until the final expulsion in 1492, at which time it became the Church of Sant Isabel, burned in the Revolt of the Comuneros in 1521. After this date the plot was occupied by Carvajal Palace.

In 1490, two year before the expulsion, the conflict latent since the start of the 13th century between Christians and Jews finally broke out. Aldermen, knights, squires and good men of Plasencia intended to get the Jews out of Trujillo street, claiming that their segregation failed to respect the Toledo Law of 1480. The King had to cut the situation short by taking the Jews under his protection, thereby ending the humiliations to which lawyer Segura had subjected the Jewish community.

In 1492, the date of the expulsion from the Christian kingdoms of the Peninsula decreed by the Catholic Monarchs, the Jews of Plasencia sold their properties at a loss and were exiled to Portugal. To protect them from any sacking, Captain Francisco Hernández Floriano accompanied the group of Jews who left Plasencia to the Portuguese border, but the problems encountered in the neighbouring country obliged some of them to return such as Simuel Alegre, Moses Cohén, Don Mayr etc. in 1493 and 1494 who had to be christened to remain in Castile, taking the surnames Chamizo, González, Gutiérrez, López, de Paz, Pérez, Plasencia, Tapia, Vargas etc. Some of these converts Judaized in secret such as the doctor Tomás de Paz.

The only synagogue operating in the aljama of Plasencia since the foundation of the city by Alfonso VIII until its devastation in 1477 is situated in the area of La Mota. The rabbinic court of the aljama had its headquarters at the La Mota synagogue, classified by the Jewish community in 1488 as the best and oldest in all of Extremadura.

In the archaeological excavations undertaken by Cristina Sánchez Hernández and Pedro Matesanz Vera in the Jewish quarter of La Mota and in the area of the St. Vincent convent material remains were found linked to worship at a synagogue such as a possible janukiya and a bronze pointer (in Hebrew, yad, currently at Cáceres Museum). In the construction of the church of St. Vincent Ferrer some headstones from the neighbouring Jewish cemetery of Berrocal were also used. 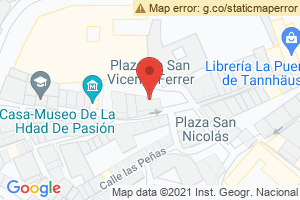 The cohabitation for centuries of Jews and Christians at different sites in the city, with the sole exception of the segregations of 1412-1420 and 1480-1492, means that following the tracks of the Jewish collective from Plasencia also means discovering, on the way, a large part of the monumental wealth of the walled city