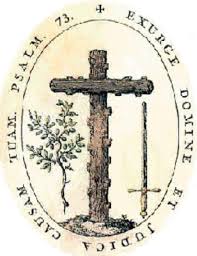 The Inquisition was established by the Catholic Monarchs Ferdinand II of Aragon and Isabella I of Castile. It was intended to maintain Catholic orthodoxy in their kingdoms and to replace the Medieval Inquisition, which was under Papal control. It became the most substantive of the three different manifestations of the wider Catholic Inquisition along with the Roman Inquisition and Portuguese Inquisition. The “Spanish Inquisition” may be defined broadly, operating in Spain and in all Spanish colonies and territories, which included the Canary Islands, the Kingdom of Naples, and all Spanish possessions in North, Central, and South America. According to modern estimates, around 150,000 were prosecuted for various offenses during the three-century duration of the Spanish Inquisition, out of which between 3,000 and 5,000 were executed (~2.7% of all cases).

The Inquisition was originally intended primarily to identify heretics among those who converted from Judaism and Islam to Catholicism. The regulation of the faith of newly converted Catholics was intensified after the royal decrees issued in 1492 and 1502 ordering Muslims and Jews to convert to Catholicism or leave Castile. The Inquisition was not definitively abolished until 1834, during the reign of Isabella II, after a period of declining influence in the preceding century.